What Is the Difference Between Denied Claims And Rejected Claims?

One of the most important aspects of the healthcare system in the US is administrative costs. An important source that forms a part of the administrative cost is the medical claims. It is imperative for medical organizations to make sure that their claims get accepted so that the reimbursement process is faster and easier. When errors are made it leads to denied claims or rejected claims, however, there is a difference between the two. Read this post to know more about rejected claims and denied claims.

Medical claims tend to have a lot of content that needs to be dealt with quite impeccably or else it can lead to many errors. Majority of the time when there is a debate regarding the content of a certain medical claim it can lead to wastage of time and resources which can have a negative effect on the healthcare administration.

What is a Denied Claim? 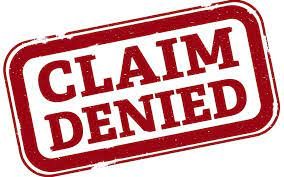 The medical claims which have been processed and received by the insurance payers yet are deemed to be unpayable are known as denied claims. These kinds of claims tend to have some kind of error or a lack of earlier authorization. The issues which tend to go unnoticed include non-covered services for each plan, any kind of missing information, or even non-medical services. Resubmitting a denied claim is easier said than done. In order to resubmit a claim, it is crucial to find out the root cause for the denial in the first place.

The majority of the time, during the process of medical billing, denied claims are made accurate by getting rid of all the previous errors which are then sent to the insurance payer. This whole situation can be quite expensive, time-consuming, and hoards a lot of the resources. However, if a denied claim is submitted again without the reconsideration request or an appeal, the claim can be deemed as a duplicate one which can lead to its denial once again. If that happens then that particular claim remains unpaid leading to bigger issues.

Time is also an important factor when the resubmission of claims is in question. Each insurance payer only allows a certain period of time within which the claim must be corrected and sent again. If the time limit expires, the insurance payer can easily deny the claim once again. This leads to a liability for the hospital since it causes a loss of revenue.

What is a Rejected Claim? Even before the processing and acceptance were done by the insurance payer, if a claim is found to have more than one error then that is known as a rejected claim. These kinds of claims are usually a by-product of an error made while medical coding and billing. Errors include as simple as getting a digit of a patient’s insurance number wrong, mismatching procedures along with ICD codes, and many more. Medical documentation needs to be accurate and error-free or else the revenue cycle gets imbalanced. Medical providers tend to make use of their recorded data in order to substantiate the reimbursements to the insurance payers when there is a conflict raised within a claim.

Rejected claims can be submitted once again after the errors are removed. Errors in claims prevent insurance companies from reimburseing medical bills. Rejected claims are therefore sent back to the hospitals so that they can be corrected once again. It is crucial to remember that even though the claims were never sent to the payer, timely filing of the claims needs to be done in a proper manner. Each of the insurance payers tends to have a timeline within which the claim must be filed with proper guidelines, if not a time-filing denial gets issued which again is a liability for the hospital.

What is the difference between rejected claims and denied claims?

There is no denying that claim rejections and denials tend to be one of the biggest, if not the biggest obstacle that healthcare providers tend to face on a regular basis. When it comes to medical billing coding the term “denied claims” and “rejected claims” are heard more often than not. If the difference between the two is not cleared properly it can lead to more significant errors and the downfall of the revenue cycle.

Rejected claims are the claims that cannot meet certain requirements which go on to getting rejected by the insurance since they are not based on the guidelines. It is almost impossible to process rejected claims by the insurance providers because the data related to the claims were never received and fed into the system. However, they can be submitted when the errors are removed.

Denied claims on the other hand are the ones that were processed by the insurance payer and got denied because of certain errors. An appeal must be made so that it is reconsidered to look into the insurance claim which can be resubmitted. It is important to improve denial rates and reduce claim rejections, through proper medical billing and coding practices. It is recommended to outsource medical billing company to get the best out of your business, opting for in-house staff to practice billing and coding for your medical organization can cost you a lot of resources, time, and money.

Outsourced medical billing companies like Synergy HCLS tend to have trained staff who make use of state-of-art technology. They track and analyze the reasons for claim denials and rejections, which allow them to make error-free medical claims. Their staff is trained in a manner that allows them to handle rejections quite quickly.

Medical claim rejections and denials tend to be one of the most challenging aspects for the healthcare system in US. Not only do they have a tremendously negative effect on the revenue in-flow of the hospital but also affect the efficiency of the billing department. Keeping your medical billers and collectors educated is crucial to avoid claim denials and rejections. It is through proper interpretation of data from an insurance claim that you will be able to take a proactive stance. So, get in touch with a reputed RCM firm like Synergy HCLS today and take a step ahead in the right direction! 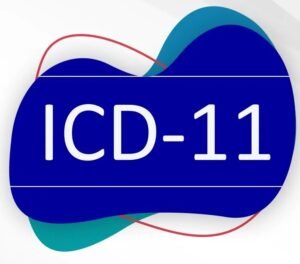 Things To Know About ICD-11: A Detailed Guide 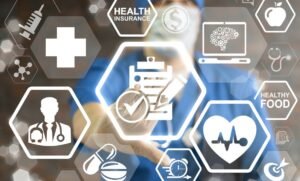 Why Medical Auditing Is Crucial In The World Of Healthcare 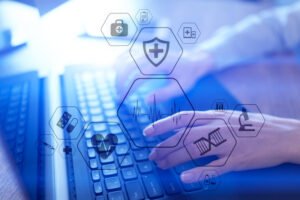 Reasons Why EHR Is So Popular Among Physicians